Filipinos debate their identity, how they fit in

Raw and raucous, the first State of the Filipino Union meeting ripped open the deep, hidden wound between the older generation of immigrants from the Philippines and their Canadian-raised children.

And they all agreed to do it again next year.

"My generation is the first that has grown up outside the Philippines," said organizer Myk Miranda, a recent graduate of University of Toronto's Rotman School of Management, throwing down the challenge to the older people. "Are we the manifest of your dreams when you came here?

"The older generation is an entire generation trying to imitate white people. So what does our generation do? Imitate black people. None of us are being Filipino."

Miranda and other organizers spent three months assembling more than 30 young and older Filipinos to debate why a community – which started coming to Toronto in the 1960s and now numbers 181,330 – remains so fragmented with no profile and scant political and economic clout.

About 100 Filipino-Canadians turned out for the event, which Miranda modelled on the annual State of the Black Union meetings in the United States, which is holding its 10th anniversary event today in Los Angeles. Many were students hungry for answers to their dual identities and cultural confusion.

"We're part of the Canadian mosaic," said James, a second-year English and philosophy major. (He declined to give his last name.) "We just haven't found our patch yet."

On one side, university-educated Filipinos with accents fled Ferdinand Marcos's martial law in the 1970s for Canada and found themselves in jobs as nannies, cleaners and settlement house volunteers.

On the other, university-educated Filipinos who speak rusty Tagalog and came as toddlers or were born here, and feel neither completely Filipino nor completely Canadian.

"We're mutts," said organizer Celeste Palanca. "People on the Spadina car will talk to me in Mandarin. People will talk to my sister in Urdu because she has darker skin."

"For a long time, I was really ashamed," said Mikey Bustos, a Canadian Idol finalist and musician.

"I grew up in North York in a community with a lot of Jewish people," said Alconcel.

"There seemed to be a lot of Filipinos, too. Then I realized they were their nannies."

Caroline Mangosing, executive director of the Kapisanan Philippine Centre for arts and culture, spoke of the irony of a new divide in an already fractured community: between the new young immigrants, recent older immigrants, and the "bacons," the assimilated young generation that has streaks of westernization in them.

Filipino teenagers, many raised by relatives in the Philippines and transplanted in their most volatile years, have one of the highest school dropout rates in Toronto. Second-generation Filipinos are doing badly compared to other groups, Statistics Canada has said, using the 2006 census.

"I came here so my children could have a better life," said Luz del Rosario, a Catholic school board trustee in Dufferin-Peel. "Why don't you become that politician who creates that bill that changes the law to rescue live-in caregivers?" 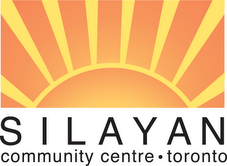